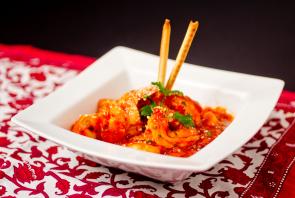 On May 3, two students, Mario Ruiz and Tracy Blijden, from Johnson & Wales University, participated in “The Pursuit of the Palate” student cooking contest. The two students were the finalists and were competing for first and second place. The first place prize was a $2,500 scholarship and the second place was a $1,000 scholarship.

Five judges scored the students on their dishes. The judging criteria were: proper use of Alessi products, originality/ creativity, presentation/ appearance, ease of replication and taste. 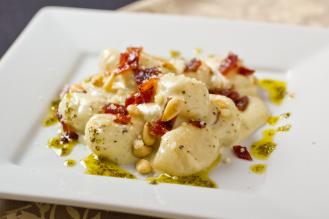 Each criterion was scored from one through ten, one being the lowest rank and ten being the highest. After all five judges submitted their sheets, the scores were added up. Both students scored 213 of the possible 250 points and tied. Fred Alessi decided that they both should receive the first place prize of $2,500.

We would like to thank Mario and Tracy for their participation in “The Pursuit of the Palate” and their excellent use of Alessi products. We would also like to thank Chef Colin Roche and Jordan Fickess for accompanying the students to our facilities at Vigo Importing Co.