This easy appetizer is the perfect thing to throw together for any type of get together! Only six ingredients, this showstopper is really taken over the top when paired with some crispy, pan-fried gnocchi. 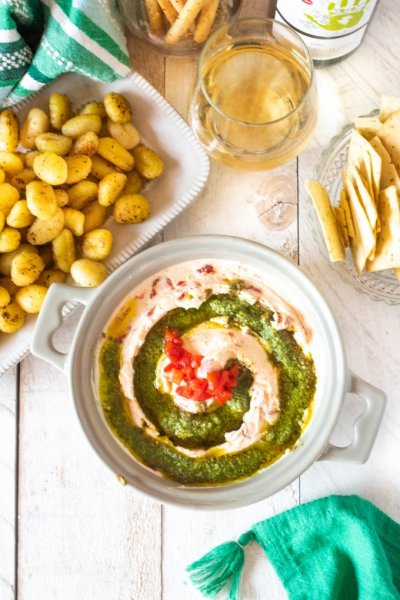 When it comes to parties, is there anything more versatile or more well-beloved than the humble dip? It can take so many different forms, different flavors, even different textures, but it’s always a winner for two reasons- they are a cinch to throw together AND they serve a ton of people in one fell swoop. 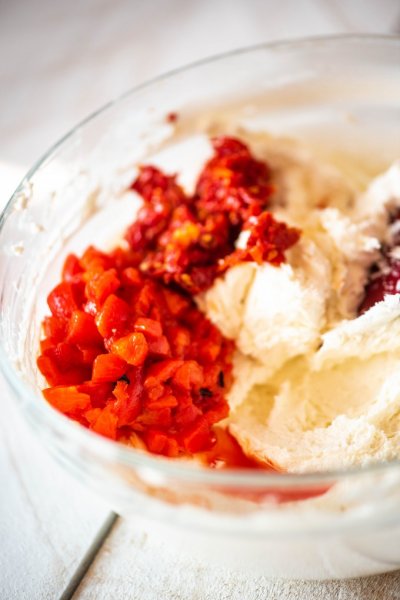 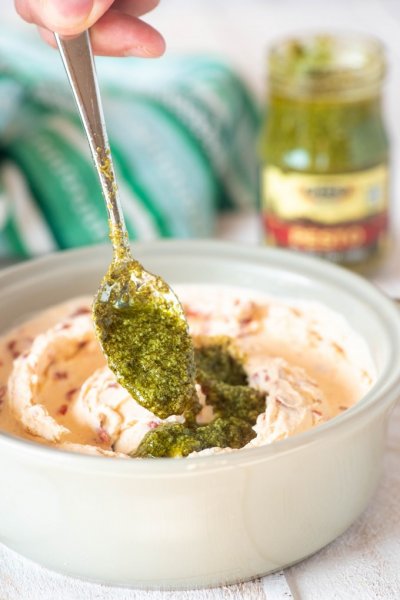 When it comes to creating an amazing appetizer recipe, one of my favorite ingredients HAS to be cheese, and of all the cheeses in all the world, goat cheese would be my number one pick. It’s just.. the best. That creamy texture with its unique smooth taste- it just begs to be dressed up! Remember those amazing Fried Goat Cheese Balls? To die for. I went a slightly different direction with this recipe- I whipped goat cheese with a little bit of cream cheese (if you’re unfamiliar with goat cheese, its has a tendency to separate out into crumbles, rather than smooth out) to make a spreadable, droppable texture and mixed in some of my favorite pantry staples- Roasted Red Peppers, Sun Dried Tomatoes and Pesto from Alessi Foods. 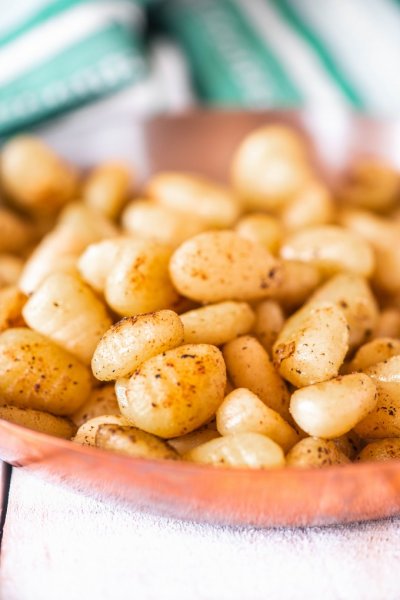 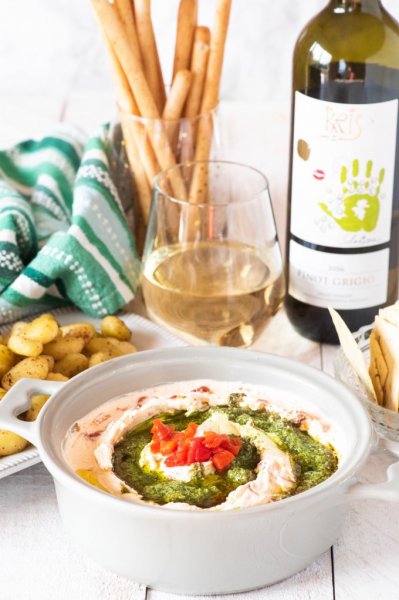 By finely chopping the two biggest flavor items, roasted peppers and sun dried tomatoes, I was able to bring in some of the trademark flavors of the Mediterranean and combine them with the unique flavor profile of goat cheese- a marriage, as it turns out, that was utterly made in heaven. 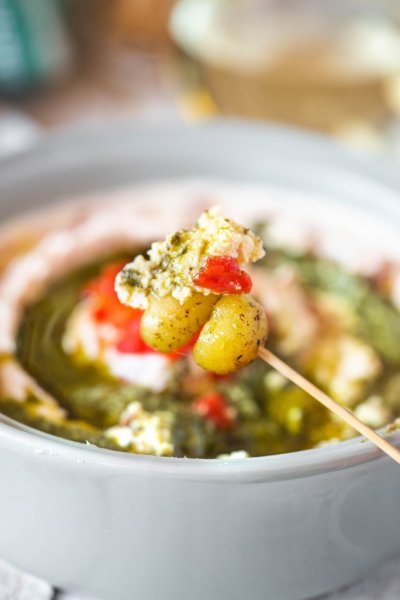 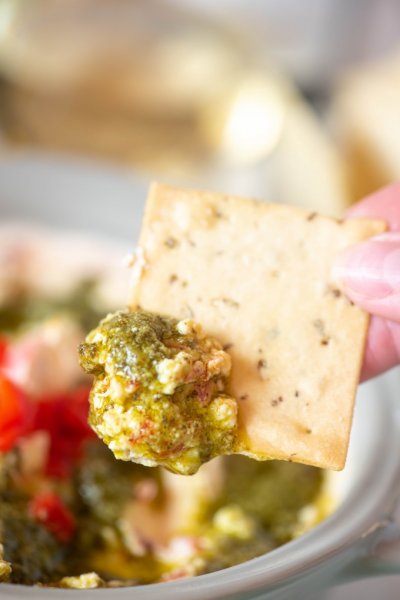 The simple addition of lemon zest and a ribbon of flavorful pesto over the top of the dip, let me add additional fresh flavors while allowing me to stay away from chopping fresh herbs or adding other seasonings. 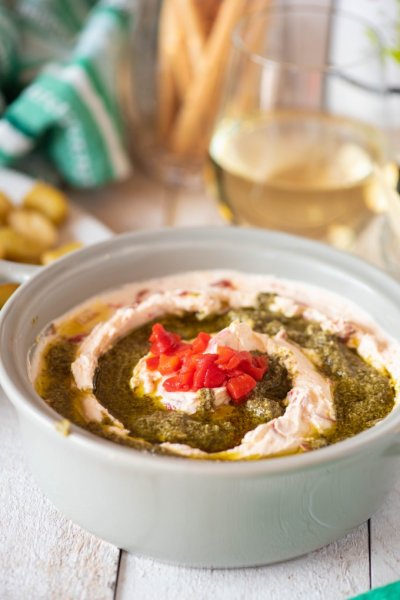 I do love combining textures- I always find that they play off of each other. Even though they may not be alike or a conventional pairing, it doesn’t mean that they don’t work! (Just like marriage, amiright?!). In this case, I took Alessi’s potato gnocchi and sautéed it in their olive oil and just a touch of their garlic paste. After they were golden, garlicky and crispy, I gave them a dusting of coarse salt, essentially turning them into an Italian version of a French fry crossed with a tater tot crossed with a dumpling. I saute my ricotta gnocchi all the time instead of boiling them at all, but I wasn’t sure how it would work with its potato-based twin. 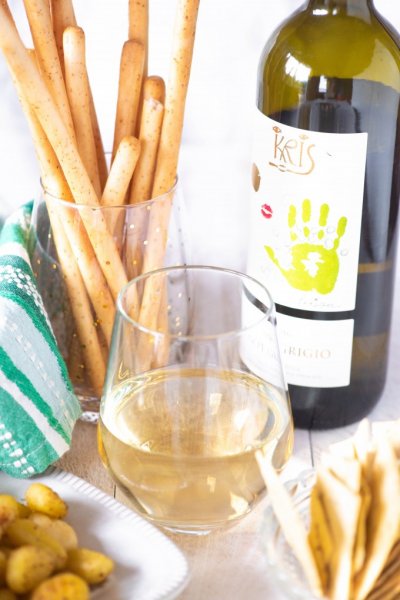 Newsflash: it worked out just dandy. They were awesome. Michael ambled into the kitchen while I was shooting and stole one. From then on, it was game over- there was no keeping him out of them!

They were also the perfect “transportation vessel” for our easy goat cheese dip. You could also serve it alongside Alessi’s Garlic Breadsticks or their Rosemary Sputini crackers.