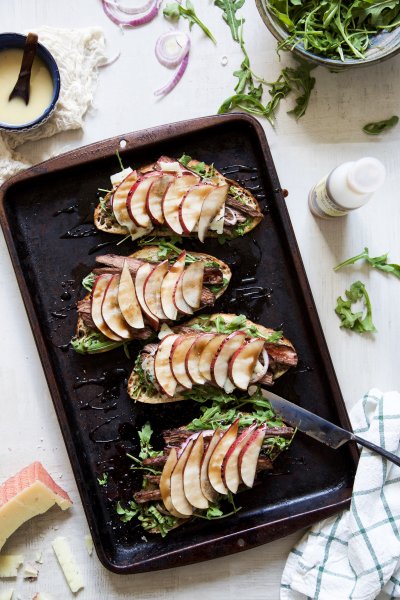 Move over avocado toast. The open-faced sandwich is coming in hot and heavy to take your place as reigning Instagram queen. But I mean, for real, though. Do you see this beautiful mess?! It has Insta-worthy written all over it. 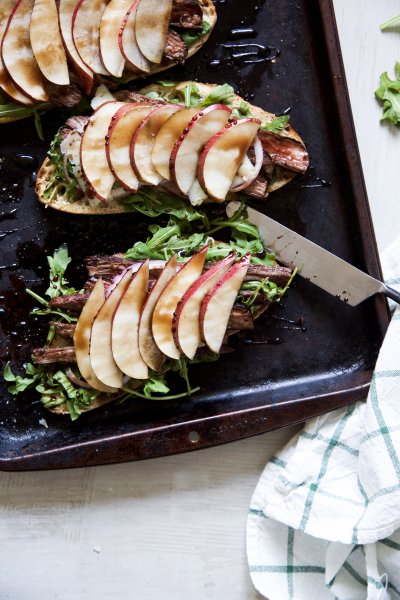 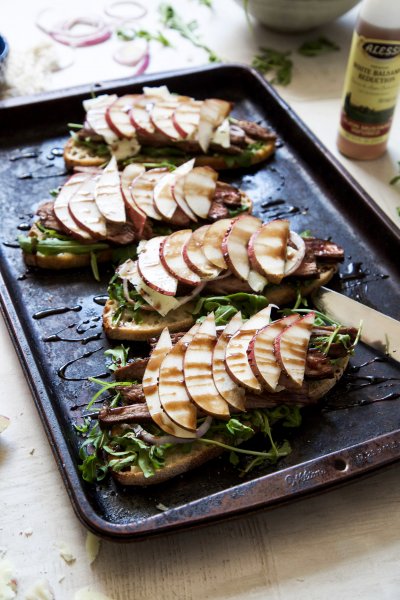 It also happens to have “delicious, heavenly and I-could-eat-this-every-day” written all over it. With marinated steak, pear, manchego cheese and Alessi Balsamic Reduction drizzled all over it, it’s easy to see why. The open-face aspect makes these beauties look like they’re complicated to assemble, but I promise they’re far easier than picking an Instagram filter will ever be. 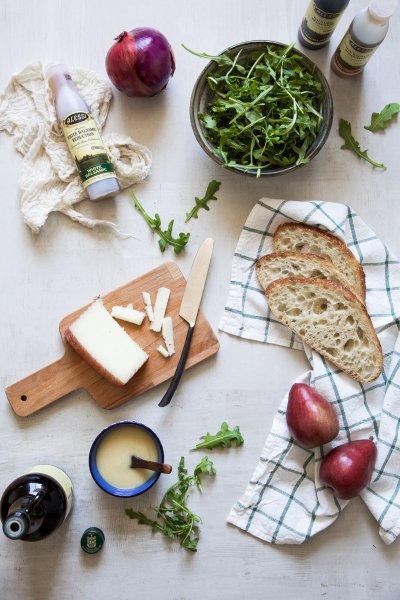 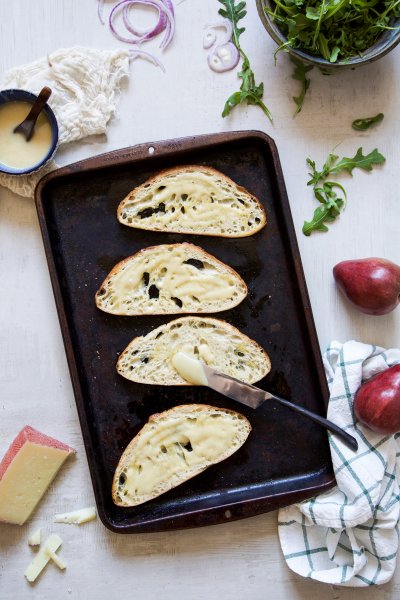 The steak marinade is a simple one inspired by my favorite marinade recipe that my grandma has been making for years. I made a few adjustments to it, namely switching out brown sugar for a little of the Alessi Chocolate Balsamic Reduction (I know it sounds weird, but cocoa + steak = one of the best flavor combos ever, I promise! However, it’s also really good with the Dijon reduction.) In case you’re wondering, reductions are simply a liquid (such as vinegar) that have been boiled down into a thick sauce with more robust flavors. Some reductions have added sugar, additional ingredients or even thickeners. However, Alessi keeps their reductions free of any of those nasty thickeners and fillers. The resulting sauce is one that isn’t too heavy but instead just right for drizzling and/or mixing into other things, such as marinades or sauces. 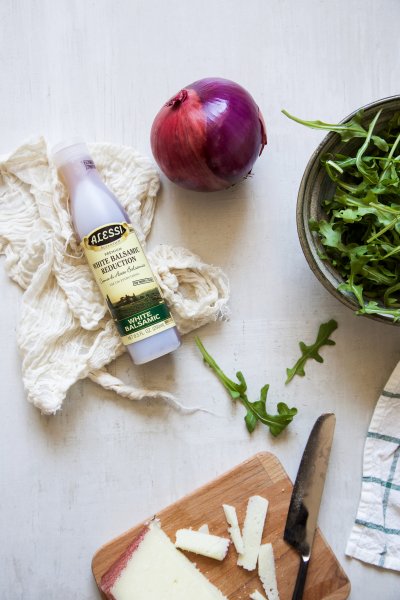 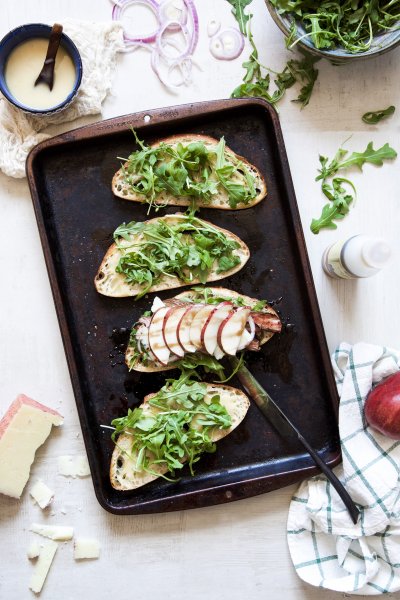 Besides toasting bread and slicing ingredients, the other task to complete these sandwiches is to simply make an aioli using more of the Alessi Balsamic Reduction and mayonnaise, then to assemble and eat. But not before you take an Instagram, of course ;) Now, my only questions are why have I not been putting Alessi’s balsamic reductions on everything (Because they literally make everything taste better!) and why is every sandwich not an open-faced sandwich? I’m telling, y’all, game changers. Game. Changers. Get involved! 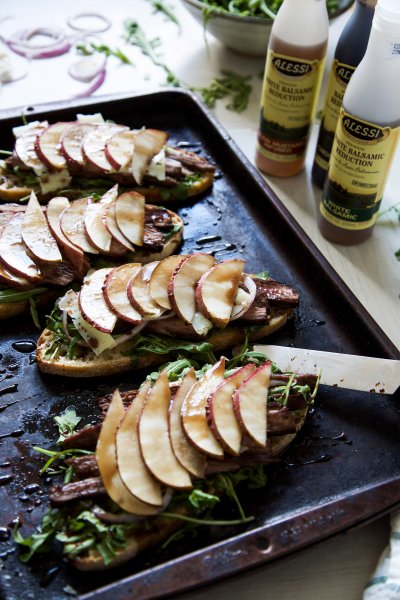