Creamy, dairy-free, vegan comfort food … there’s nothing better! That’s why, I’m sure, the most popular recipe on my blog is a creamy vegan gnocchi dish. Thanks to those of you who asked me for more easy gnocchi recipes and to Alessi Foods, we have another winner here with this Vegan Pan-Fried Gnocchi with Mushroom Cream Sauce. Bonus: this recipe can easily be made gluten-free. 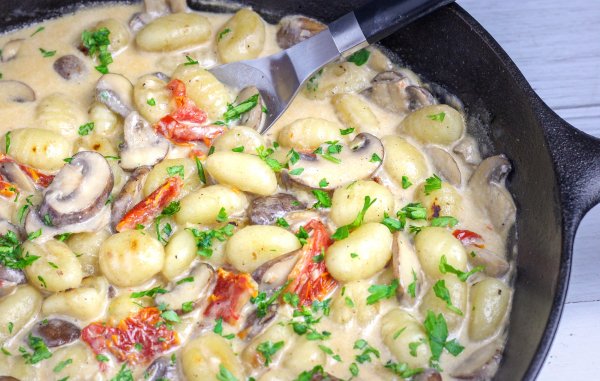 Pillowy potato gnocchi, a creamy mushroom sauce, fresh garlic and sun-dried tomatoes combine for an easy one pan dish that’s done in less than 30 minutes. Can I get a woohoo!?!

Rather than boiling the gnocchi, I pan-fried it to create a contrast in textures between the creamy sauce and the gnocchi, which are crispy on the outside and pillowy on the inside. The result? Just what I was hoping for! 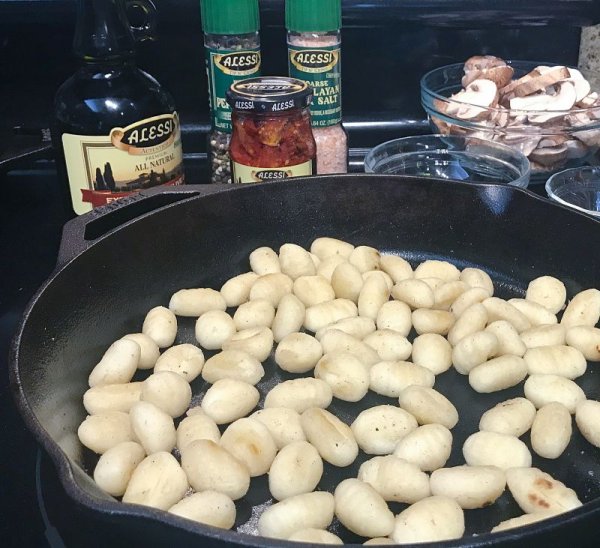 Pan-frying gnocchi takes about the same amount of time as boiling it, because of how long it takes for a pan of water to come to a boil. If you’re up for washing two pans, you can save a little time by cooking the gnocchi in one pan and simultaneously making the mushroom garlic sauce in another. 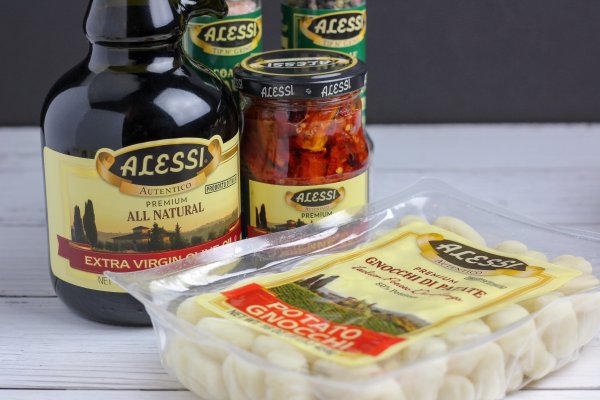 Alessi Foods sponsored this post, and I was excited to create a new recipe using several of their products. Family owned and operated for 72 years, Alessi products are high-quality and authentically Italian. For example, Alessi Sun Dried Tomatoes (now my favorites) are handpicked from southern Italy, then split in half, salted and laid on large wooden flats to dry naturally in the sun. 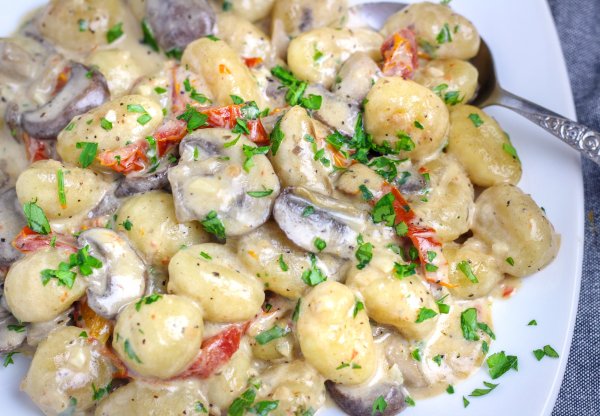