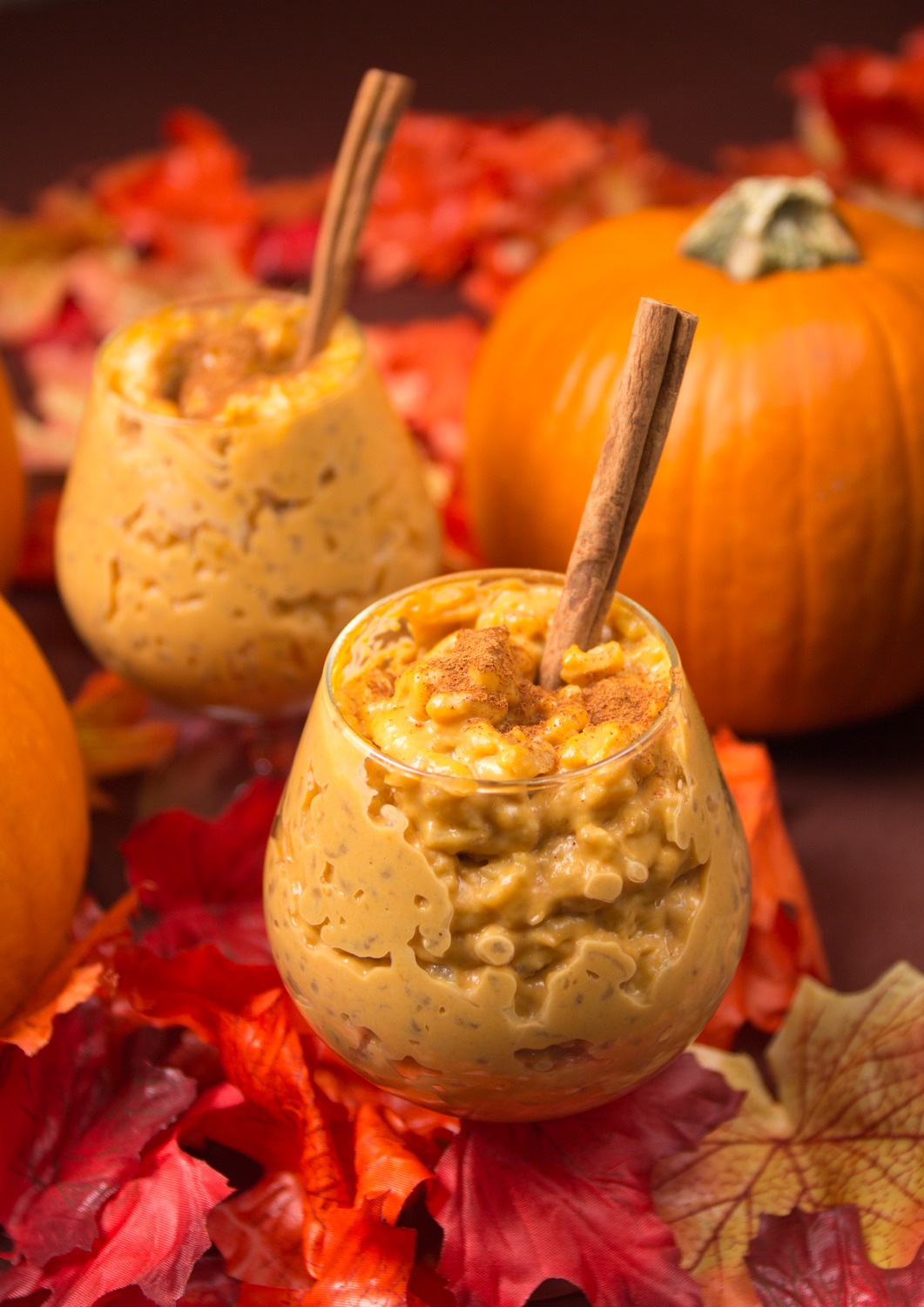 Cook Arborio rice according to package directions. Stir cream, pumpkin, sugar, and cinnamon into the rice and bring to a boil. Transfer to a double boiler over simmering water and cover. Cook for 45 minutes, stirring occasionally. Transfer to a large bowl, remove cinnamon stick and allow to cool.

Serve warm or at room temperature with a dash of ground cinnamon.